We are back in Seattle this week with both the dog and the cat, who do surprisingly well in the car for the ~6.5 hour or so journey that it takes to get here from Bend. It’s amazing how quickly they resume their “Seattle routine” and forget their “Bend routine.”

Driving let us bring the groceries we had left over from last week, so the damage really wasn’t too bad! 2Chili did stock up on his “staples” – cereal, Joe Joe’s (TJ’s Oreos) and Wheat Thins, but I tried to balance that out with fruits and veggies! 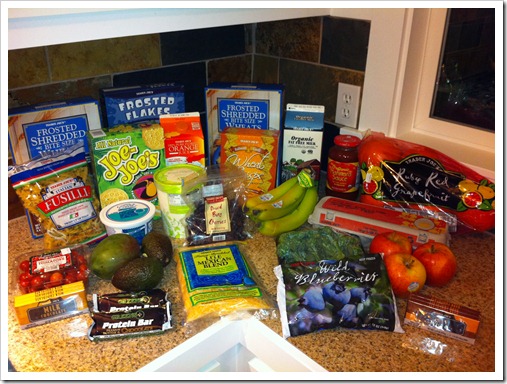 My latest find that is just too good for words is the Trader Joe’s “Soy Creamy” soy ice cream. Okay, so it’s not terribly “healthy,” but it is really tasty (and no worse for you than ice cream). I am back in Ironman training, and have been craving ice cream lately, so this is my splurge. 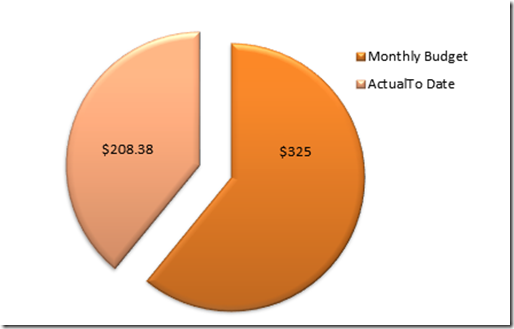 Menu For the Week

We had a couple of “make your own” dinners this week, which means peanut butter sandwiches for 2Chili and an assortment of random grains and veggies for me. Also:

Introducing Project: Food Budget
One of my New Year’s Resolutions this year was to comb through...