When I was about 16 or 17, I went on what I thought at the time was a healthy eating kick. In reality, it was a low-fat diet, and not really all that balanced. That is, unless you consider bagels, Fruit Loops, graham crackers and lots of pasta healthy. It was the early 90s, and, our country was on a low fat craze.

One thing I did eat quite a lot of back then that I would still consider healthy today is minestrone soup. Somehow, before the Internet, I managed to figure out how to put together a tomato base, some veggies, and pasta to make a hearty meal that made plenty of leftovers. Are you currently remembering what it was like before the Internet? Scary right? I can’t even picture going back to those days!

It’s been a long time for me and the minestrone, as I haven’t made it in at least 10 years, and don’t even remember my old recipe! That’s where Rachael Ray comes in. Love her or hate her, one thing she does have is an extensive recipe database, and she’s always adding new ideas. I came across this one over the weekend, and it fit the bill for what I was looking for: something I could make pretty much solely from the contents of my CSA produce box.

Now, it is worth stating up front that 2Chili is hot liquid averse. He generally does not go for soup, no matter the spin on it, and, he is steadfast in his stance that chili is not soup. It is also worth stating that I will not get that through my thick head.

I try, and I try, and I try some more. After 8 years of marriage, you’d think I’d just stop trying. The root of the problem is that I love hot liquids, and so they sound good to me when I’m on my recipe hunt down each week. And, since I make the dinner, I get to call the shots on what we’re having. What about when 2Chili makes the dinner? Oh, you don’t want to know. (Hint: Fish sticks, onion rings, and Kraft Mac’N Cheese. Really.)

Original Recipe/Inspiration: Since I barely changed the original recipe, I’m going to point you over here to grab it, but I will tell you my changes, what I would do differently next time, and how the nutrtional info netted out for us.

See, I told you he doesn’t like soup. I’m giving you his honest reaction, which I am not all that surprised by. (See: “I will never learn,” above.) What he didn’t like:

He did note the fresh bread I served on the side was delicious. Of course.

I am implementing a new taster rating today, because I feel 2Chili is wrong! I really liked this soup, and I liked the stock base (I used low sodium vegetable stock). I liked the kale, and I liked the cheese on top. We agree on most things in life, but there are two things we don’t agree on: 1) Soup 2) How to fold towels.

Changes I Made to the Original Recipe:

Notes/What I Would Do Differently:

Nutrition: Since there are so many variations you could do here, I am not putting in a nutrition chart like I usually do. If you make this, I recomend heading over to SparkPeople and using their recipe calculator to determine the nutrition of your exact ingredients. I will say, for our pot, it came out to about 9 servings with 200 calories for a cup-and-a-half, with 4.5g fat, 145mg sodium, 32g carbs, and 7.3g protein.

The Verdict: I am overriding 2Chili on this one and saying it was very good, and satisfying on a cold day. Good thing, too, because I have plenty of leftovers! If I make it again, I will dramatically reduce the recipe, and save it for those times when I am either eating alone or for lunch, when we typically eat totally different meals. 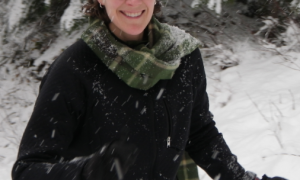 Creamy Red Lentil and Cauliflower Soup
This week, I am going it alone in Bend while 2Chili tends... 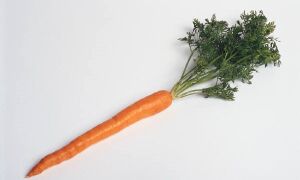 Carrot Ginger Soup
Do you ever feel like you’re giving off one impression,... 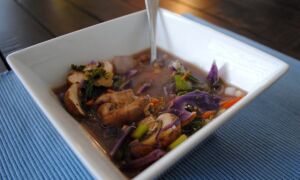 Fast & Easy One Pot Miso Soup (No Seaweed Required!)
Forgive me, friends, for I am offering up another miso...
Recent Comments
Recent Posts