Tuesday Poll: When to Toss Dinner and Have Cereal Instead


I have seen a theme across the blogosphere (well, my little micro-blogosphere, that is) lately – dinners with good intentions that have gone wrong. I’ve even experienced it myself two times in one week.

Last week, we had the OMG Onion Rings debacle, and, something I didn’t write about, which was serious dinner failure of one of my home run dishes. I made Cashew Cheese Ziti, but didn’t have cashews or spinach. So, I used sautéed asparagus (which was delish) and tahini (but only used half of what was called for in cashew cheese). Tahini is a terrible substitute for cashew cheese! We picked out the asparagus and tossed the dinner.

And that brings me to this week’s poll. I’m curious to know the point at which you decide to toss a botched dinner and retreat to the cereal box. I can usually power through just about anything. Last week’s Tahini Incident is the first dinner I can remember tossing out in a long, long time. What about you? Chime in below and I’ll share the results next week! 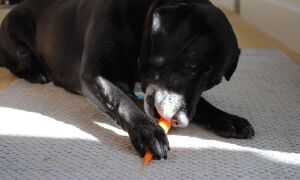 Tuesday Tip and Can Top Poll Results
We go through a lot of carrots around here. I... 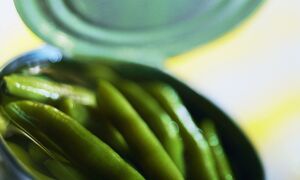 Tuesday Poll: What’s a Little Dust To Ya?
I was watching Guy’s Big Bite on TV over the...
Recent Comments
Recent Posts