If you grew up in the late 70s or early 80s as 2Chili and I did, your mom probably had a waffle maker that looks almost exactly like this. Mine did. I honestly don’t think Black & Decker has changed the look of this waffler in 30 years.

I’m not really an over-the-top kitchen gadget person, and most of my kitchen purchases are the direct result of necessity or, in this case, something breaking. If you’ll allow me to elaborate just a little further, we’ll get to the review shortly.

I just adore waffles, and a couple years ago, 2Chili bought me a Belgian waffle maker as a last minute Christmas present. We have since come to our senses and stopped exchanging Christmas gifts, but even though I knew that particular gift was a last minute stab in the dark (along with a quesadilla maker we also no longer possess), I really liked it. I made waffles till the cows came home. I would make up a big batch, freeze them, and then have Belgian waffles at my disposal, knowing 2Chili wouldn’t touch them because they were, as he put it, “some of those healthy waffles.”

Problem was, a couple months ago, it just stopped working. I think the heating element went out, but, it would no longer actually fully cook the waffles, leaving me with an annoying mess each time. After the fourth time of scraping partially-cooked waffle out of all of its nooks and crannies, I gave up. You’d think I’d have stopped after the second time, but I really didn’t want to believe my precious machine was busted. I was a sad panda!

Little did I know this was the first in a trifecta of kitchen appliance deaths that later included our toaster and blender, all in the span of one week.

Thankfully, waffle relief was just a click away at my favorite place on Earth, Amazon.com. I really am not much of a shopper, so Amazon appeals to my desire to avoid large hoards of people, long lines, and cashiers who wish to make asinine comments about whatever one might be purchasing. The only thing better than Amazon itself is Amazon Fresh, our grocery delivery service that also delivers a selection of items available from Amazon. After looking through what was available in the waffler department, I selected this classic B&D and it came with my groceries the next day. The magic of the internet. I love it!

I have proceeded to waffle up a storm, but this waffler has a twist – it is also a grill! Surprisingly, I have used the grill part more than the waffler, making 2Chili’s favorites like tuna melts and French toast. I don’t think my  mom’s waffler did that little trick!

So with that, here is my list of Pros and Cons for your consideration if you’re in the market for a new waffler.

While I wish this waffler didn’t look like a prop from That 70s Show, I am very happy with it. It has been perfect! I’ll trade in my fancy Belgian waffles for the ability to reliably make waffles, square or not. If you’re more into reliability than looks, and want the ability to multi-task, I think you will be happy with it too. If you can’t fathom the idea of giving up those deep Belgian waffles, perhaps keep looking.

If you enjoyed this review and decide to purchase this waffler, please consider using this link to purchase through Amazon.com, as Test Kitchen Tuesday will receive a small referral fee for your purchase. Thank you! 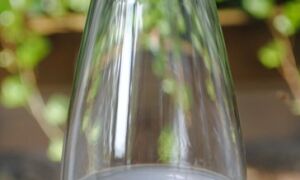