Friends, happy Friday! I hope you had a good week. We are wrapping up a nice week away in Northern California.

It was a “working getaway,” but very good to recharge the batteries a bit and take in some sunshine after a particularly dreary last couple of weeks in Seattle. We brought bikes and skis and did a little of both, and got in some hiking and running too. It’s entertaining to pack for this kind of getaway – I had a suitcase full of sporting goods, and only a few clothes. An unexpected rip in the knee of my jeans meant an emergency trip to the GAP for a replacement because I stupidly only brought one pair.

I took this self portrait climbing up Mt. Diablo on my bike. Mt. Diablo is a mammoth of a hill that climbs about 3800 feet in elevation over 10 miles (from the side we rode). It was a doozie going up, but very fun on the way down.

In other news, for the first time in my life, I was very close to being attacked by cows! While on a hike in Sunol, we came across a grazing bunch of cows (thankfully no bulls), and they were not at all happy to see us. The story had a happy ending, but we both saw visions of being chased up a tree by an angry herd of cattle. What a story that would be: “Out-of-towners chased up a tree by…cattle?!?!””

Here are a few other bits of randomness for you:

And, I think that’s it for this week. As always, I hope you have a wonderful weekend. I’ll leave you with this photo from Half Moon Bay, where the sun was just setting into a perfect California evening. If we were made of money, I would make 2Chili move to Half Moon Bay, no question! 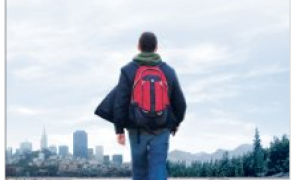 Friday Round-Up–6/28/13
For those that entered the my giveaway for the Recharge Protein...
Recent Comments
Recent Posts