One month ago today, I wrote my first post on Test Kitchen Tuesday. Apparently I have a lot to say, because time really has flown by and I haven’t been short on words. While I don’t intend to commemorate every month that passes (that would get annoying, huh?), I wanted to take a moment to thank you all for reading, commenting, and in general making me look forward to something on a daily basis!

With that, I thought it was only fitting to do an interview with the sometimes mysterious, superbly finicky, and always humorous 2ChiliBreadBowl.

Test Kitchen Tuesday: First of all, let’s set the record straight on why you’re called 2ChiliBreadBowl, shall we?

2ChiliBreadBowl: Before this “Healthy Revolution” took over I used to frequent a sandwich shop that is run by a very friendly and boisterous Korean woman. My favorite meal there is not a sandwich at all, but chili in a bread bowl.

At this place, called simply “Sub Shop,” the proprietor just shouts out some portion of the name of your order when it’s ready: “CHILIBREADBOWLREADY!”

Once you figured out the chili in a bread bowl was good and started ordering it too, she would shout out,  “2CHILIBREADBOWLREADY,” which got to be such a catchy phrase it somehow became my nickname in a slightly shortened form. Though legally speaking, my full name is Igor Gonzalez de Galeano 2ChilibreadbowlReady, but my slight attention deficit is kicking in and I’m too tired to explain that now.

TKT: Tell us what you really think of this whole healthy eating lifestyle that has been forced upon you.

2Chili: On the advice of legal counsel, I’m going to exercise my rights under the Fifth Amendment.

*Editor’s note, again. When questioned on this answer, 2Chili noted that 90% of the items I feed him are good. It’s the 10% he questions…

TKT: Do you ever read Test Kitchen Tuesday?

2Chili: Why do I need to read it? I’m the guinea pig in this little experiment.

TKT: If you could get rid of one new item that has been added to our pantry, what would it be? And, what is the one item you like the most that we never had before?

2Chili: There is some peanut flour stuff you add to oatmeal that stinks up the joint. I’d be thrilled if that went away from a smell standpoint. Otherwise, the loser is quinoa. There is more hidden quinoa in our food than fees in airfare. As for the one I like, it’s the little green nut, pistachio nuts.

TKT: Do you think there is any soup I could ever make that you would like?

2Chili: Cookies with frosting on top are the clear winner. Though, the brownies at Qdoba are, as they say in Boston, wicked awesome. But since the “Test Kitchen” revolution, Qdoba is verboten because the sodium Nazi has black listed the joint.

TKT: You used to love Sunny Delight, and, when I discovered high fructose corn syrup in its ingredients listpolitely suggested that you switch to orange juice instead. Do you miss the Sunny D?

2Chili: Nope, not at all. I quite enjoy the switch.

TKT: I love to try new things, and you admit that your initial first reaction to new things is pretty much always “no.” What is one thing that you initially said “no” to before you tried that you really like now? This can be anything, not just related to dining options.

2Chili: Oddly enough, it’s the previously mentioned Qdoba. I used to think a burrito was a Taco Bell bean burrito (tortilla, refried beans, sauce and cheese); end of discussion. So the concept of extra stuff and a different kind of bean entering my burrito was a no-go. I’ve no grown to like them quite a bit. Luckily, Taco Del Mar meets the picky sodium requirements and is an equal replacement for an occasional treat.

TKT: What is your advice to choosy eaters to expand their horizons and try new things?

2Chili: I’m pretty sure you’re asking the wrong person for that advice. I guess just be willing to taste new things with a an open mind and be honest with your opinion of it so you don‘t have to eat something you hate. On really questionable looking dishes, let the cook take the first few bites so when the cooks spits it out and says to not to eat it, you haven’t soiled your palette for the emergency bowl of cereal you will be eating for dinner.

TKT: What do you want to tell people about yourself that I haven’t asked above?

2Chili: While I wasn’t raised to be an adventurous eater, thanks to mother of 2Chili (AKA “Grams” to the pets), I was raised to be physically active. My parents exposed me to sports like swimming, baseball, soccer, hiking and running at a young age, and encouraged my interest in skiing and cycling as I got older. These interests have given me the luxury of some slack in my eating habits. I’m grateful for your interest in making us eat a more healthy diet. It has been quite enlightening to understand what we eat, where it comes from, and how to make better choices. Finally, I want to encourage everyone to get out and exercise. It doesn’t matter how hard, how long or how fast, just get active!

I want to thank 2Chili for answering these questions. He worked on his answers in private and I was not allowed to have visibility into what he was saying until he was completely finished. This picture is of us after our duathlonyesterday, where we both had really good results and had a fantastic time competing together.

To 2Chili’s final point, I was not raised to be very active, though I took up exercise on my own when I was about 15, and was very active through my early 20s. When we started remodeling houses together, I slacked off on my formal exercise (though trust me, remodeling a house yourself is exercise). The past couple years I have been really active with running, biking, strength training, and the “healthy revolution,” as he called it, has just been the icing on the cake – that extra bit of “oompfh” that has really made a difference in my strength, endurance, and physique. As Martha would say, the healthy revolution is a “good thing.”

I hope you enjoyed this little chat with 2Chili. Happy Monday!

Loading...
Similar posts
Add comment
Click here to cancel reply.
Headings
Popular article
Are Organics Worth the Cost?
Wow, that’s a loaded question, huh? There are so many...
Measuring Success: Why You Need to Count Calories to Lose Weight
Happy first Monday of the New Year! I hope you... 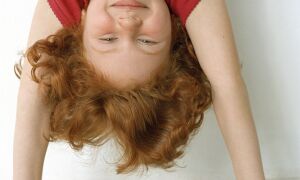 How I Reversed Hypothyroidism in Two Months with Zero Medication
You guys, I have great news to share today. I...
Recent Comments
Recent Posts